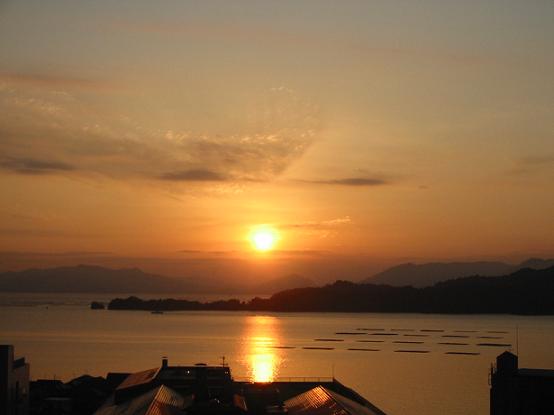 On New Year’s Day, many people go to see the sunrise. The sunrise on New Year’s Day is called Hatsu-hinode (?????ャ????), literally ‘first sunrise’. In Japan, Hatsu-hinode is thought to be very auspicious, as it is the first dawn in the year. This custom is actually not very old.? It is said that seeing Hatsu-hinode was spread in the Meiji period (1868-1912), and the origin?was the New Year’s ceremony by the Emperor. There are many spots famous around Japan, for seeing the beautiful Hatsu-hinode.? Some people climb Mt. Fuji and see Hatsu-hinode from the mountaintop. There are Hatsu-hinode seeing events in Tokyo, and the observation decks of tall buildings such as Roppongi Hills, Sunshine City, and Tokyo Tower, are open early in the morning for this. — Higherground Co.,Ltd. 2-8-3 Minami-Aoyama, Minato-ku, Tokyo, Japan TEL:03-6459-2230 HP:http://www.higherground.co.jp/ TOP PAGE:?https://livingtokyo.net/ 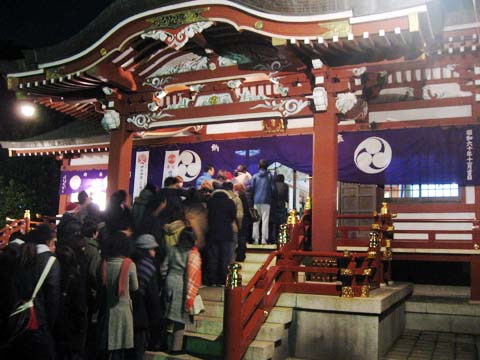 Very strangely, and typically Japanese at the same time, many Japanese go to a Shinto Shrine on New Year’s day, a few hours (or sometimes minutes) lator from visiting a Temple.? Though Shinto and Buddhism is a different religion, well, few Japanese mind that. Visiting the Shinto Shrine on New Year’s Day is called Hatsumode (???荅?).? This means ‘visiting the Shinto Shrine (荅?) for the first time (???)’. Until the 19th century, it was normal to visit the local Shinto Shrine which proteced the family, called Ujigami (羂霛?), but nowadays it is normal to visit a famous, powerful Shinto Shrine.? Some Shinto Shrines, for example Meiji Jingu, have millions of visitors over the three days. During Hatsumode, it is common to wear Kimono, and buy a written oracle called Omikuji (?????帥?????).? If your Omikuji predicts bad luck (???), you can tie it onto a tree on the shrine grounds, in the hope that its prediction will not come true.? Omikuji goes into detail, and tells you how you will do in various areas in your life, such and business and love, for that year. People will also often buy an amulet called Omamori (???絎????).? There are various kinds of them, […] 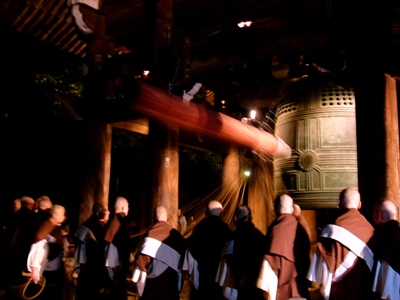 Another regular feature of Ohmisoka is watching Kohaku Uta Gassen (膣???醇????????), a TV program by NHK, starting at 19:30.? Though this custom is getting weaker, especially among younger people, the program is still one of the most popular in Japan. The title of the program means ‘song festival between Red team and White team’.? Popular singers are split into two teams by gender, women in the red team and men in the white, and sing by turn.? After the final singer finished at around 23:30, the audience and a panel of judges cast their votes to decide which team sang better.? The winning team gets a trophy and the winners’ flag.? The program ends at about 23:45.? Programming then switches to coverage of midnight celebrations around the country. Usually, people either watch these TV programs at home, or visit a temple to ring the bells of New Year’s Eve. This bell is nothing like the small handbells used in the choirs.? It is the large bell hang up in the site, which you might have seen if you’ve visited a temple. The bell of New Year’s Eve is called Joya-no-kane (??ゅ???????).? New Year’s Eve is the night of removing from […] 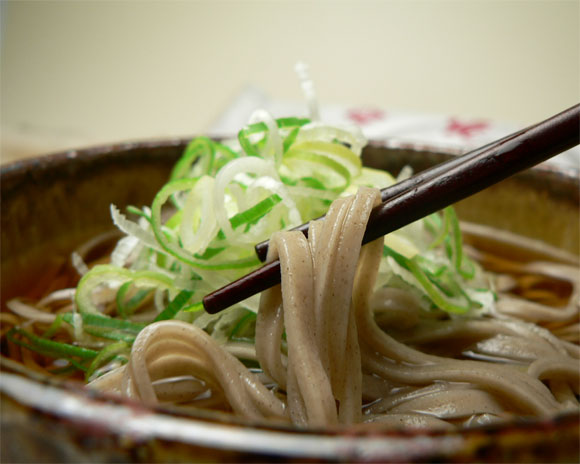 Merry Christmas! …and the next thing to think about is the coming year 🙂 In Japanese, New Year’s Eve is called Ohmisoka (紊ф????). Misoka (?????) means ‘last day of the month’, and New Year’ Eve is the most important month-end, so it is called Oh(紊?, big)-misoka. People tend to be very busy on Ohmisoka, because they have much to do to prepare for the new year, and New Year’s Day in particular. Through cleaning is usually done in spring in the West, as there is a term ‘spring cleaning’, but in Japan, it is often done on the last few days of the year.??In Japanese style houses, this cleaning?involves changing the paper on?Shoji (???絖?)?doors and setting?Tatami (???)?mats out to air in the sun.? The purpose doing this in the cold winter?is to get ready to welcome in the new year with everything?including people’s minds and bodies?in a fresh, clean state. After cleaning and all, it is time for supper. Around 23:00 on Ohmisoka, people often gather?at home?to have a bowl of Soba.? This Soba eaten in Ohmisoka is called Toshikoshi Soba (綛頑???????????, year-crossing noodles).? This tradition?has the meaning of a wish to be able to live a very long (like […] 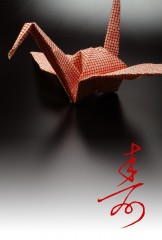 Christmas cards are not so popular in Japan, but there is an equivalent tradition.? Japanese people give greetings on New Year’s Day.? The postcard which is sent for this is?called Nengajo (綛頑?????). Unlike Christmas cards, nengajo shouldn’t arrive before New Year’s Day.? The post office stocks Nengajo in late December, and delivers them on January 1st all at once.? You should send Nengajo to the post office by Christmas, to have it delivered on the correct day.? This New Year’s card postal system was set up as early as 1899. Many people use not normal postcards, but special Nengajo with lottery numbers (???綛雁??篁????綛頑??????????otoshidama-tsuki nenga hagaki) issued by the Post and Telecommunication Ministry. ?On January 15th, the winning numbers are picked and the results are announced the following day on television and in newspapers.? The holders of winning numbers receive prizes. Usually on Nengajo,a motif of the?present year’s Eto (綛我??, zodiacal animal) is used.???The animal of?2011 is the?rabbit (???).? These?Nengajo with Eto motifs can be purchased at the post office, or you can download the designs on the Internet.? Of course, you can design your original Nengajo too. — Higherground Co.,Ltd. 2-8-3 Minami-Aoyama, Minato-ku, Tokyo, Japan TEL:03-6459-2230 HP:http://www.higherground.co.jp/ TOP PAGE:?https://livingtokyo.net/ 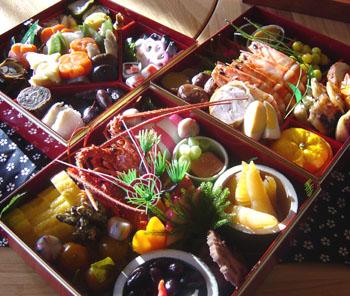 It may be strange to think about new years day when it’s not even Christmas yet.? But not if you are making reservation for Osechi (???膀?). Osechi is a traditional Japanese New Year feast. The tradition started in the Heian Period (綛喝?????篁?, 794-1185). Osechi?is?usually put into?special boxes called Jubako (???膊?), which resemble?bento boxes, only more flamboyant. Like bento boxes, jubako are often kept stacked before and after use. The dishes that make up Osechi each have a special meaning celebrating the New Year. Some examples are: Kazunoko (??違????) Herring roe.? Kazu (???)?means “number” and ko (絖?) means “child”. ?It symbolizes a wish to be gifted with numerous children in the?coming year. Kuro-mame (藥?莟?) Black soybeans. ?Mame (莟?, beans) also means “health”, symbolizing a wish for health. Tazukuri (??遺?????) Dried sardines cooked in soy sauce.? The literal meaning of the kanji in tazukuri is “rice?field maker”, as the fish were used historically to fertilize rice fields. The symbolism is of an abundant harvest. The above three are called Iwai-zakana Sanshu (腑??????岩??腮?, three celebrational dishes).? Without these three, the new years feast would not be complete. Iwai-zakana Sanshu differs by regions.? The above are the Kanto (including Tokyo) style. Traditionally, Osechi is […]