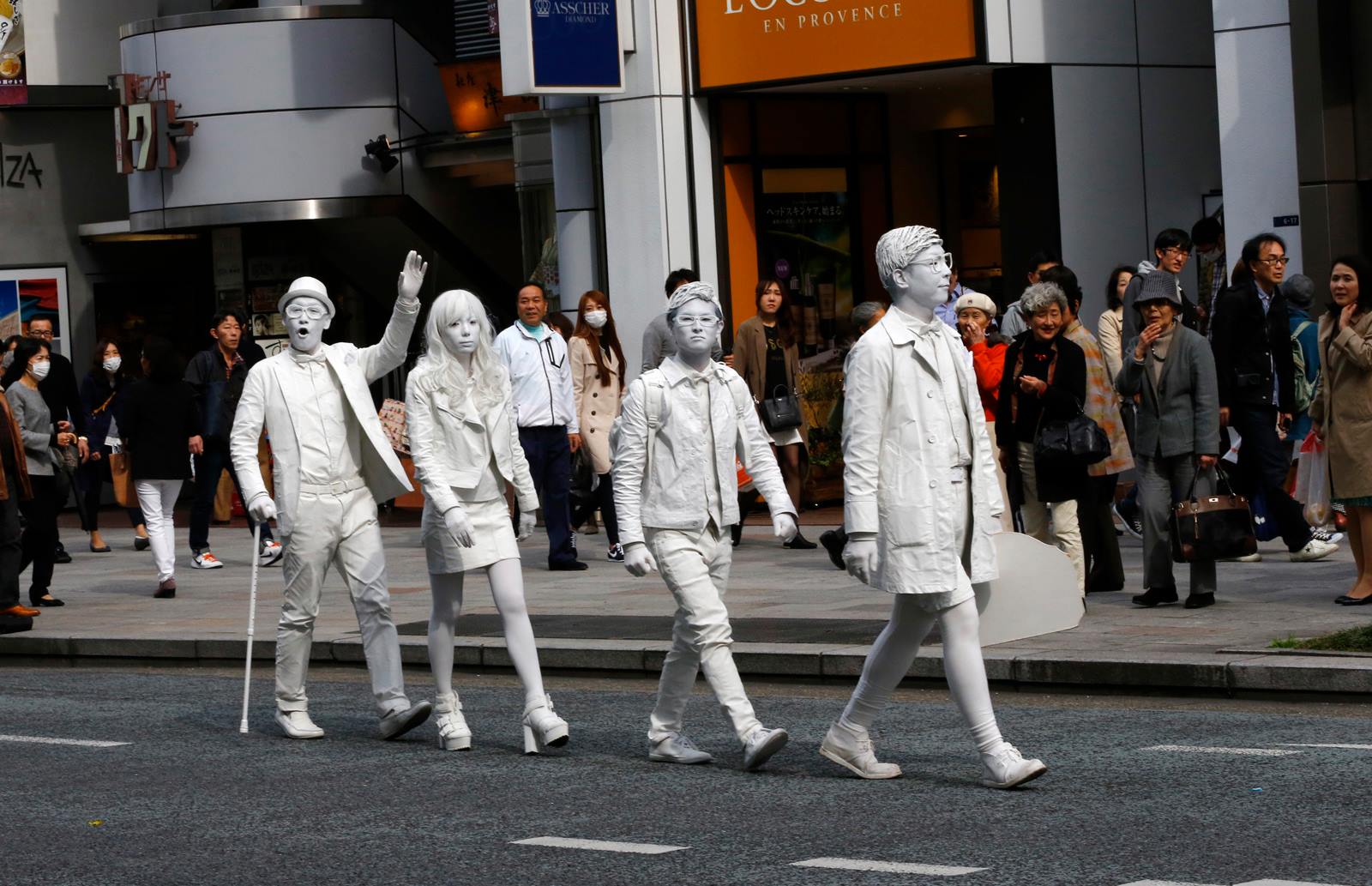 A Collection of Quirky Photos Around Tokyo (as only in Tokyo) 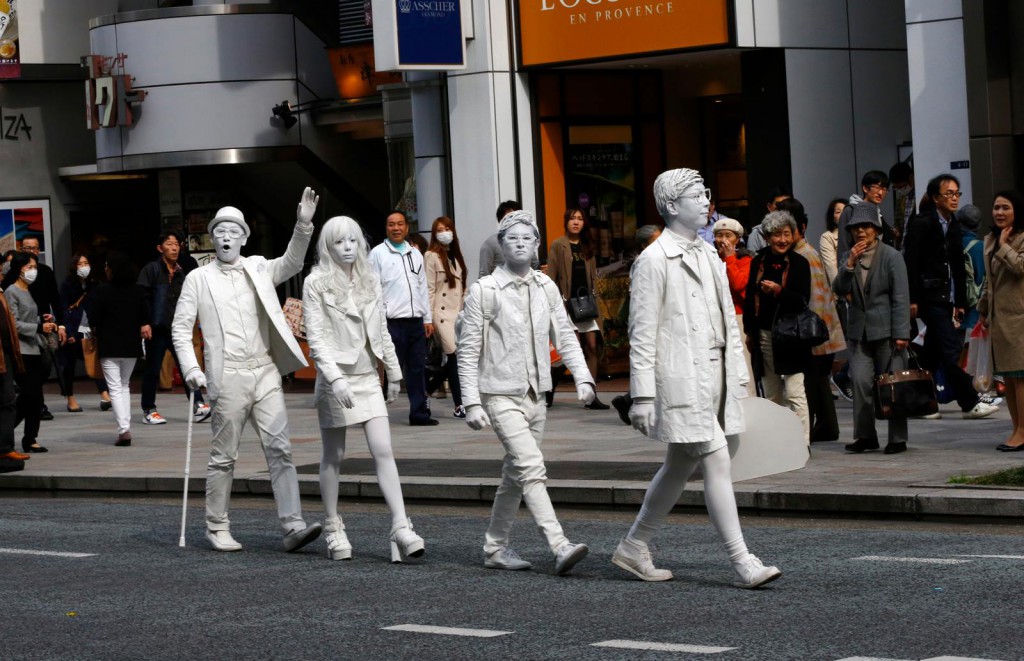 Members of the human statue street performer group named “Tokyo Hack” get shoppers’ attention as they march in Tokyo’s Ginza shopping district Sunday, April 12, 2015. The main street in Ginza shuts the traffic and opens for shoppers during the day on Sundays. They have also been spotted on the subway. ?(Source: AP Photo/Shizuo Kambayashi) 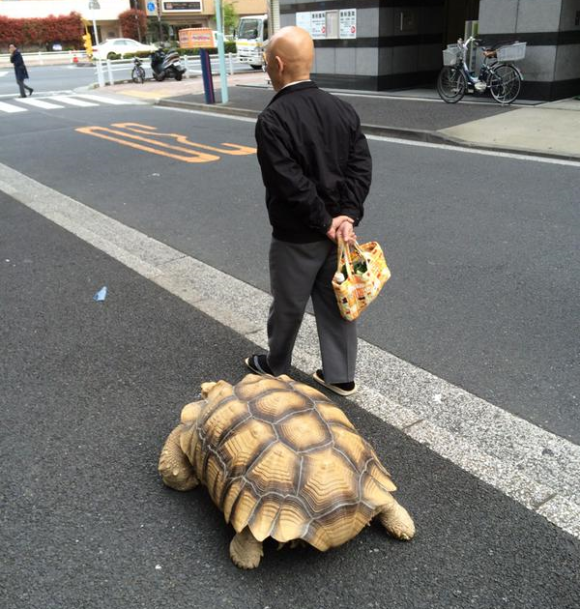 Residents in Tokyo have recently reported several sightings of possibly the most patient pet-walker in the world: an elderly man who takes his enormous African spurred tortoise (or sulcata) out for walks around town. Photos of the pair have been making the rounds of social media networks. (Source: Straits Times, Rocket News 24, Bored Panda)