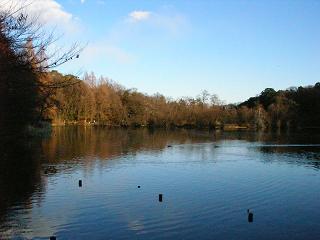 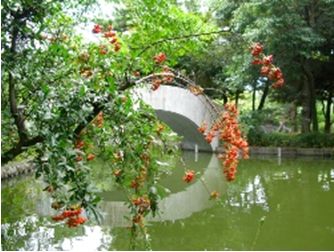 Within the park two ponds can be found, Shakujii Pond (??括??篋?羆?)?and Sanp??-ji Pond (筝?絎?絲堺??) as well as several small Shint?? shrines and the historically significant remains of Shakujii castle.

A short way south of the park, the Shakujii River runs from east to west. The ponds are said to have formed naturally from the gushing up of underground water from the Musashino-dai Pond just a short distance away. But over the years, the ponds have slowly started to shrink, and so, in order to preserve the park’s scenery and recreational use, a manmade system has been installed to pump water into both ponds. 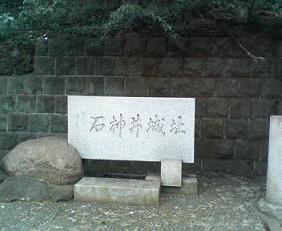 The Shakujii castle ruins date back from the Kamakura period (?????????篁?, 1185-1333), or even earlier, thus it is known that the site was in use and regarded as strategically important for many centuries. The castle was the residence of the Toshima clan (莟?絣区??)?of samurai and the stronghold of the local area ruler, Lord Toshima who ruled over the surrounding area in the 14th-15th centuries. The clan’s destruction came largely at the hands of ??ta D??kan (紊??育?????), who was responsible for the construction of Edo castle; many of the ruins and shrines in the area are associated with him. 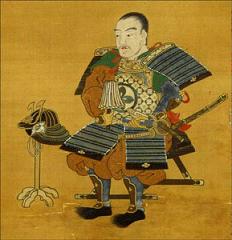 In the twentieth century, it came to be a popular site for birdwatching, strolling and relaxation.
In addition to being popular with local residents, the park is fairly well known throughout Tokyo. Shakujii Pond is a popular location for TV programs and films to shoot boating scenes, and the park, or its ponds, is frequently featured in manga, anime and other productions of popular culture. 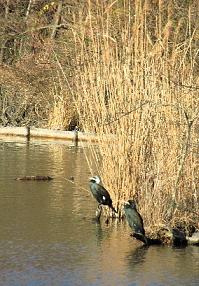 The park is remarkable for its access to unspoilt wilderness scenery within the Tokyo metropolis, especially for its variety of birdlife, specifically waterfowl. As a birdwatcher’s paradise, a large number of birds can be seen here that you are highly unlikely to encounter in any other part of Tokyo. In spring, Shakujii Park is notable retreat for its Hanami (cherry blossom viewing).
The park is set gracefully in a beautiful residential area, which is also worth taking a stroll through. Nearby is an Italian restaurant, which is not really in the spirit of Japanese culture; nevertheless, it???s still a great spot for a quick bite to eat.