World of “Spirited Away” 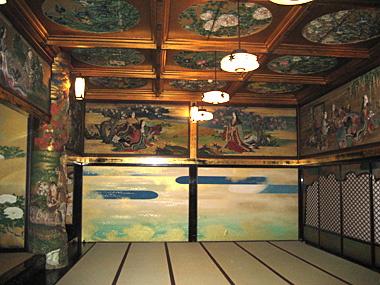 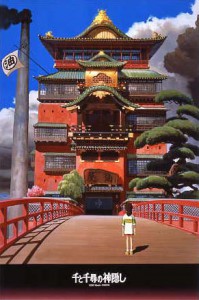 The film received many awards, including the second Oscar ever awarded for Best Animated Feature, the first anime film to win an Academy Award, and the first (and so far the only) non-English speaking animation to win.
The film also won the Golden Bear at the 2002 Berlin International Film Festival and is among the top ten in the BFI list of the 50 films you should see by the age of 14.

When Hayao Miyazaki?creates the stage of his films, he often uses?actual scenes as a model.? One of those models exist in Meguro, Tokyo. 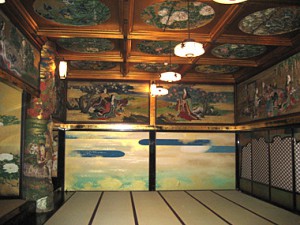 This room is the model of Yubaba(羚???紿?)’s room in the film.
If you are curious where this room is, it is in Meguro Gajoen (??????????????).
Meguro Gajoen started as a high-class Japanese and Chinese restaurant in the early 20th century.? Presently, it?is?a wedding center, museum, and restaurant.
Restaurants are open everyday, but if you are to visit the antique rooms, the tours are only on limited days. Don’t forget to make?reservations!