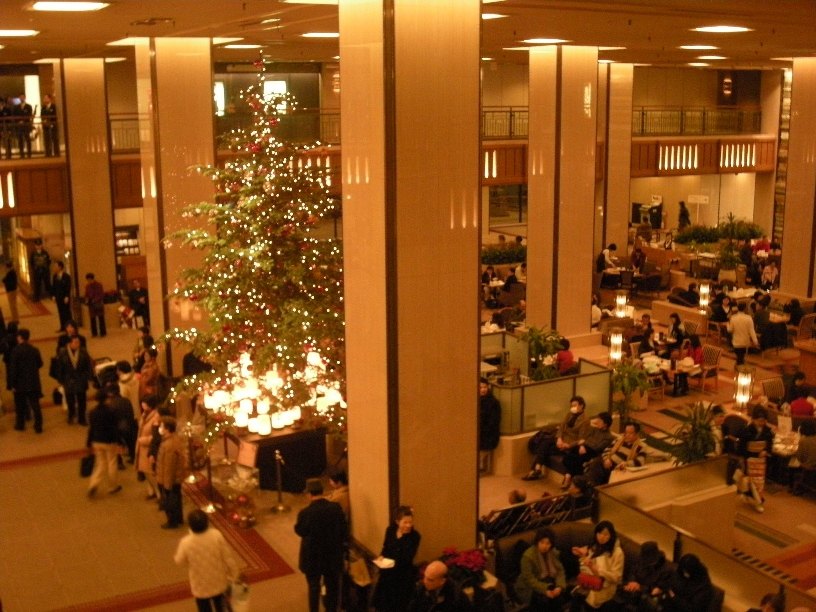 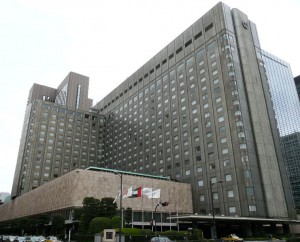 The Imperial Hotel is one of the best known hotels in Japan, once owned by the Imperial family.? It is located near the Imperial Palace, with good access to Ginza station.

The original Imperial Hotel in Tokyo was built in 1890, with?wooden structure.? This was replaced to brick-and- concrete-made buildings in 1923.? This building survived the Tokyo Earthquake, which occured few months later from the completion. 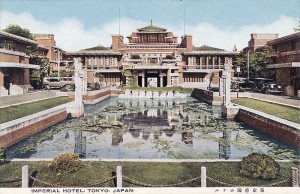 The hotel building which exist today was built after WW2.? Some parts of the former building (such as columns)?are preserved in the hotel, and the facade and pool were moved to Meiji Mura Museum, a collection of modern buildings in Nagoya.

The Imperial Hotel is known for its detailed services, especially the cleaning service.? Of course they will?wash out the stains which were attached during your stay at the hotel, but that is not all.? They are keeping various buttons from all over the world, and they find?a button?lost from your clothes, they will put on a similar one for you.? Also, they will iron your clothes so that the texture will match your taste. 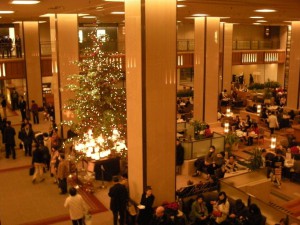 The cleaning service is only for registered guests, but for those who aren’t spending the night, there are lounges and restaurants, shops, etc. to enjoy.