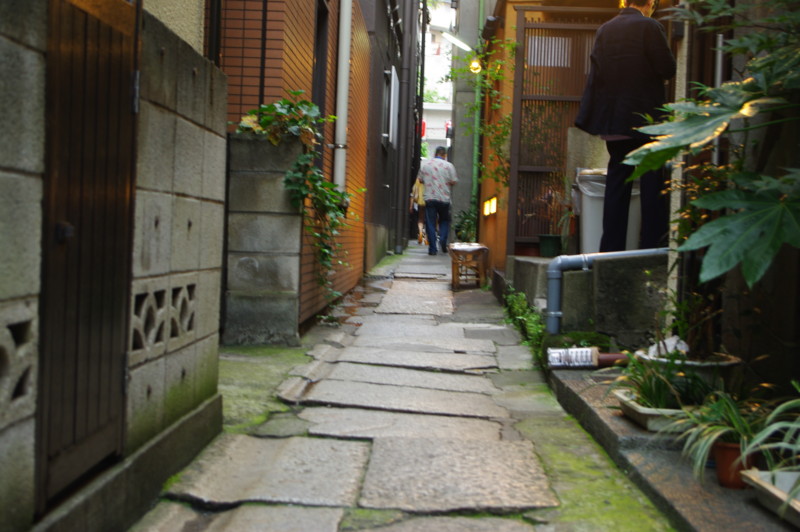 Kagurazaka (腑?罐遵??) is a?district, near Iidabashi Station,?accessible by?Tozai Line, Oedo Line, and JR Sobu Line.
Kagurazaka ?has a sloping street at its center, lined by numerous cafes and restaurants.? This area has always been busy because of this privileged location: the main road of Kagurazaka was once at the outer edge of Edo Castle (羆???後??, the present Imperial Palace), opposite the Ushigome bridge (???莨惹??) over the castle moat. 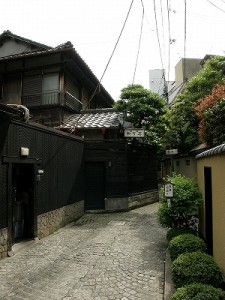 Currently, Kagurazaka is experiencing a popularity boom due to its traditional, sophisticated atmosphere on the edge of modern Shinjuku ward.
In the early 20th century, the area was renowned for its numerous Geisha houses (臀???, Okiya), of which several remain today.? It is said that Kagurazaka is the only area which preserves the characteristic alley of fleshpots.
Kagurazaka is also widely regarded as an important center of Japanese cuisine. Several old and famous Ryotei (???篋?, exclusive Japanese restaurants) are found in the?back streets, often accessible only by foot. These ryotei provide expensive Kaiseki cuisine (?????恰?????), which is generally regarded as the pinnacle of Japanese food. Ryotei also allow diners to invite Geisha to provide entertainment during the course of the evening. 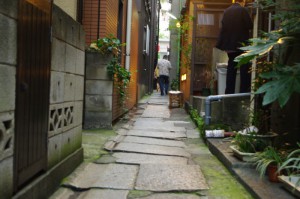